The Knave of Swords 30x20 Acrylic on panel. $2500
Available at RiverSea Gallery
Inquire 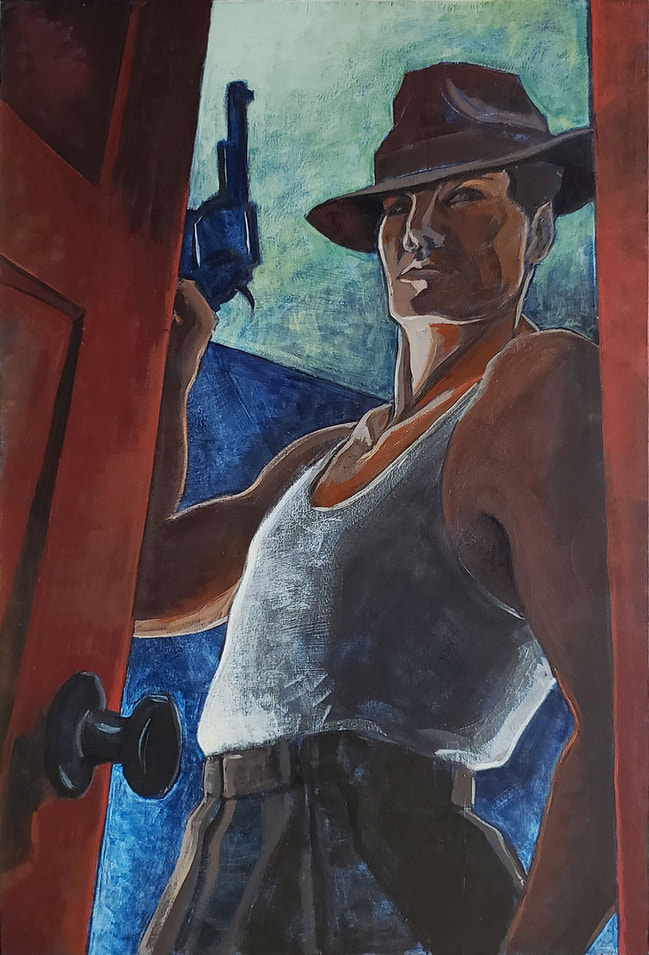 ©lesliepetersonsapp The Knave of Swords
The verticals of the door jamb are closing in on him, like two toppling towers. He is in a small, intimate space in low light. But whatever acts of intimacy or contemplation he may have been engaged in have been interrupted. Obviously he is a man with enemies, real or imagined. Something has prompted him to grab his “protection” and peer out of his lair- was it the sound of footsteps? A voice? What illicit activity or disallowed object has he that would compel him into this desperate, defensive stance? Intent and focused, he glares into the dim, ready for anything… or nothing.

What happens next?
Click on this image to turn the page >